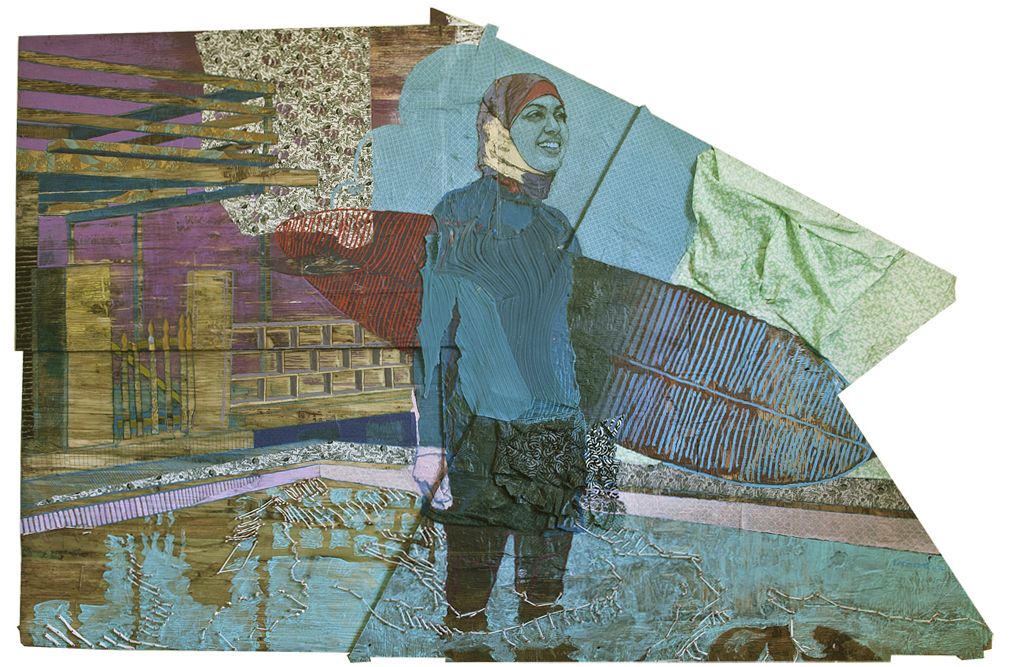 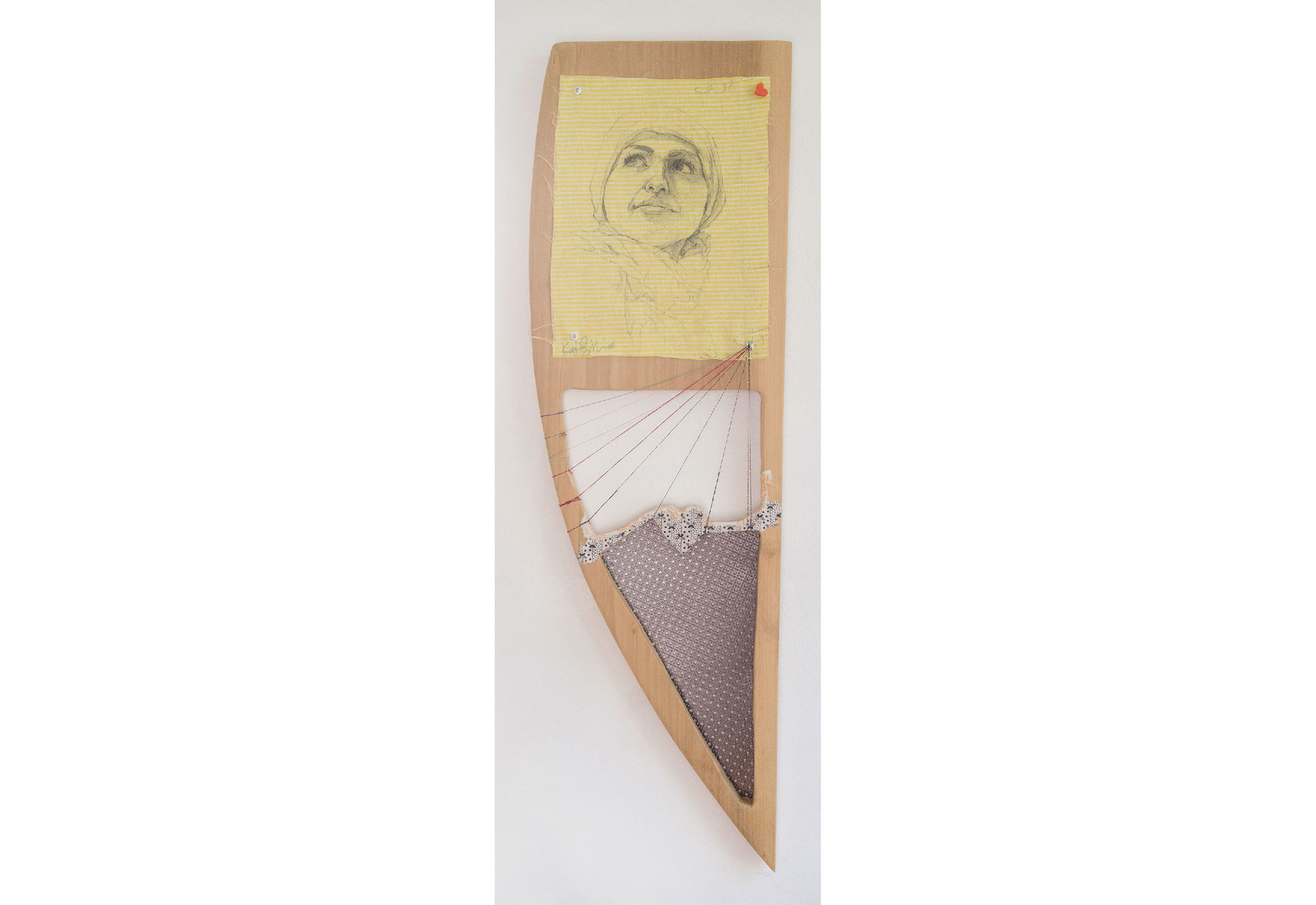 A decade after 9/11, American media and culture still had (and continue to have) a fearful and uninformed slant against Muslims, both American and foreign. My first memorable exposure to Islam was watching coverage of 9/11 on the TV in high school journalism class. My later experience helping to coordinate GreenPeace guerrilla performances led me to conceive of an artistic project that similarly sought to seek change through spectacle. My primary audience was white women of my mother’s generation. Using surfing with its connotations of American identity, freedom, strength and agency, I sought out Muslim American women my age who also grew up in California and surfed, skated, or snowboarded. By word of mouth, I later offered free surf lessons for portrait sitting sessions and feedback on how each woman personally desired to be portrayed. At the time, translating someone else’s truth to a white audience was the best I could conceive of, and recruiting surfing buddies to a very male space was fun.